No
Phone Hom Workers are minor harmless enemies found in the penultimate chapter of Hotline Miami, Prank Call. They are employees working for Phone Hom, a phone company used by 50 Blessings to distribute their phonecalls.

The Phone Hom Workers are first seen (but not fought) in Neighbors, when The Janitors assign Jacket to take care of a "prank caller" at the Phone Hom building. As soon as Jacket arrives at the building, he finds all of the Phone Hom Workers there massacred, as well as the manager being killed too. Biker is then revealed to be the one who murdered them.

They are later actually fought by Biker in Prank Call (chronologically takes place at the same time as Neighbors), where they will simply back away from Biker similarly to how unarmed Mobsters do so. They can be killed very easily, and will never attack the player in any way shape or form.

Worker: The most common and ordinary type that wear light blue tops and orange trousers.

Fat Worker: A slightly less common variant of the workers that wear entirely orange clothes. Their large builds present them as being very similar to Thugs, but can be killed just as easily as regular workers. 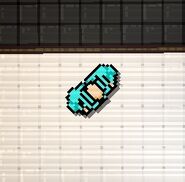 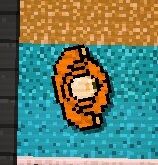